THE INCREASING NUMBERS OF OPIOID USE DURING PREGNANCY

THE INCREASING NUMBERS OF OPIOID USE DURING PREGNANCY

The use of opioids, either as a painkiller or as a dangerous narcotic, has obvious ramifications to it.

And to use opioids in any form during a pregnancy simply adds to the danger.

So what about the risk of using opiates during pregnancy: How often might it take place?

A study from the Centers for Disease Control (CDC) show the prevalence of opioids being prescribed to women between the ages of 15 and 44 – generally seen as child-bearing years. Among that age group, twenty eight percent of women with private insurance had an opioid prescription filled, with 39 percent of women using Medicaid having it prescribed.

Opioids can be prescribed as painkillers, for instance, or even appear in some cough medicines.

What about use among pregnant women?

With these numbers, it leads to the next question: Given the prevalence of opioid use, what is the rate of use among pregnant women?

With more women of reproductive age taking these drugs than ever before, opioid use during pregnancy has become a major concern in the medical community. The potential effects of opioids on a pregnant mother and her developing baby are troubling.

Codeine, Hydrocodone, Oxycodon and Propoxyphene were the most commonly-seen opioids prescribed.

Affects of opioid use on a developing fetus

The use of opioids by pregnant mothers has obvious effects on the baby, putting them at greater risk for several conditions.

Some of the risks include:

Additionally, babies born to mothers using opioids are more likely to be early birth (prior to 37 weeks gestation) and neonatal abstinence syndrome (NAS).

The dangers of neonatal abstinence syndrome

Codeine, Oxycodone (including OxyContin and Percocet), Methadone and Hydrocodone (including Lortab, Norco, Vicodin) are the primary drugs involved with NAS. These drugs reach the baby through the mother’s placenta, creating an opioid dependency along with the mother. If drugs are used by the mother during the final weeks of her pregnancy, it significantly increases the likelihood of having a drug-addicted baby at birth.

When this happens, the baby is born but is no longer fed the drugs to which it had become accustomed. The baby then experiences withdrawal, the severity of which is determined by the type of opiate being used by the mother, in addiction to the amount of it being used and how much was able to be cleared from the baby’s system prior to birth. It will also be more difficult on babies born prematurely.

Symptoms of NAS cam begin shortly after birth. Babies born with this condition require a longer hospitalization, perhaps up to seven days.

Tremors, seizures and convulsions are quite common about NAS babies. Other symptoms can include:

It’s also important to note if you are using opioids while pregnant, stopping immediately – going ‘cold turkey’ – also presents risks to the baby, which include several life-threatening conditions.

In this situation, it is especially important to speak with your medical provider immediately. 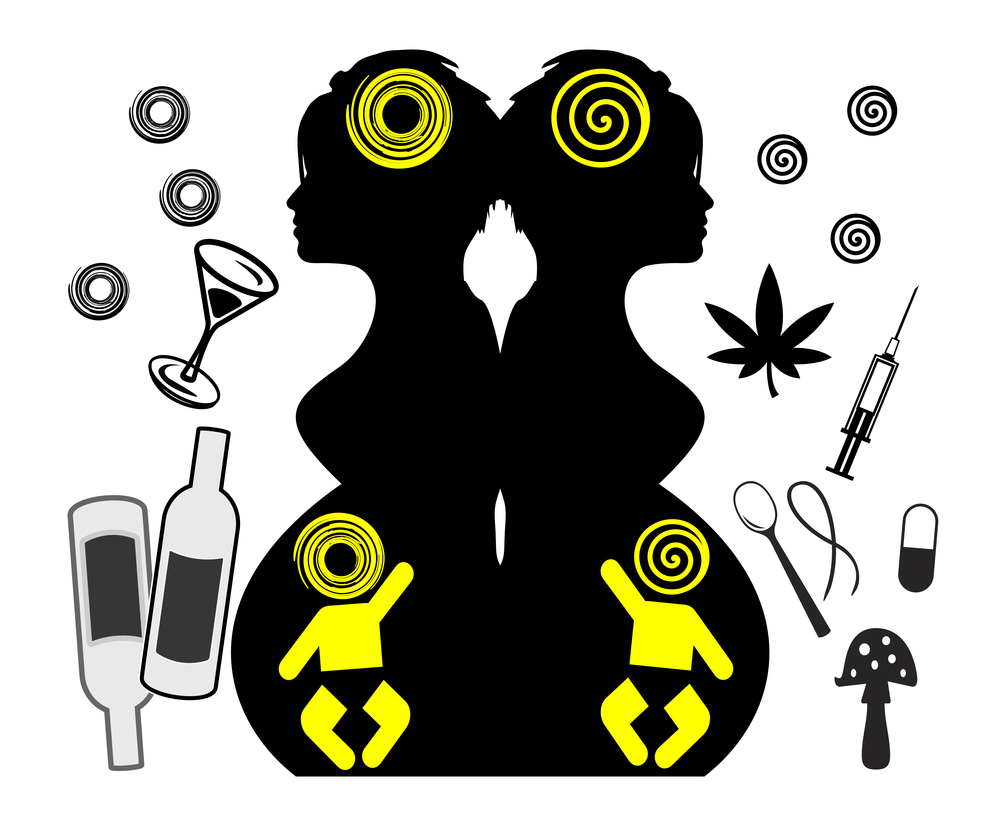