HISTORY OF HEROIN ABUSE BEGINS THOUSANDS OF YEARS AGO

HISTORY OF HEROIN ABUSE BEGINS THOUSANDS OF YEARS AGO

You might be surprised to know that heroin has been in existence for nearly 200 years. Perhaps you may be more surprised to learn abuse of the main components of it – namely, opium – have been around for an estimated 3,500 to 5,000 years.

So where did it all begin and how does the use of heroin affect society today? It’s important to learn about the former just as much as learning about the latter.

Heroin is considered an opioid because it is created from the opium poppy plant. It serves no medicinal purpose and it considered highly addictive. For this reason, it has been classified as a Schedule 1 substance by the Food and Drug Administration.

Let’s look at what led to the creation of heroin from opium.

The history of opium use and abuse

Grown in the Middle East by the Sumerians and the Mesopotamians, it eventually spread throughout the region by the Assyrians, Babylonians and Egyptians. The Greeks learned of opium’s appeal, sharing it with people in Persia and India.

It was viewed as having medicinal benefits. Opium’s appeal as a pain reliever was used for myriad health conditions and maladies, ranging from cancer, childbirth, menstruation and infections.

Opium made major inroads in China when the British began trading it for Chinese tea. This resulted in a bit of historical relevance, as addiction became a major issue for millions in 1800s China. Medical practitioners of the day were fighting a war of public safety and public opinion as they understood the addictive nature of opium. But it was not the only battle associated with opium, with the First (1839) and Second Opium Wars (1856) being fought to ban imports, then legalize opium imports.

In a bit of irony, morphine was derived from opium in the early 1800s by a pharmacy assistant, Friedrich Wilhelm Serturner, to help quell opium addictions. Because it created a dream-like state, he named morphine after the Greek goddess Morpehus, the goddess of dreams.

At about the same time, immigrants and travelers from China and Europe brought opium to America. It was still seen by many as a pain reliever (which also produced a euphoric state).

What caused the boom in morphine use?

Advances in science led to the creation of the hypodermic needle in the mid-1800s, making it possible to inject heroin directly into the bloodstream. With morphine being commercially produced with these new needles and marketed as morphine kits, it seemed a perfect marriage of medicine and technology.

There was just one major problem with that idea. No one had any idea how addictive morphine turned out to be.

Rather than using addictive opium for its recreational effects, morphine proved to be far more pleasurable than opium. Instead of helping wean opium from those addicted to it, morphine created a new market of users (and abusers).

The timing of this coincided with the Civil War in America. Concerns of morphine addiction fell by the wayside as its pain-killing effects were required for hundreds of thousands injured soldiers. While it did serve its intended immediate purpose, it created another long-term effect.

It created thousands of soldiers addicted to morphine, who fanned out across the country and introduced morphine to a wider range of citizens and users.

British chemist C.R. Alder Wright attempted to address this growing addiction by creating a new pain reliever that had many of the same chemical elements that produced a stronger sense of relief. This compound, ideally, was devised to more effectively treat pain relief without having the severely addictive properties of morphine.

Near the end of the 19th century, the pharmaceutical company Bayer saw the potential for this new compound, using it to treat colds, congestion and coughing in addition to prepping patients for surgery by anesthetizing them.

Despite what was seen as various uses for this compound, including the treatment of morphine addiction, it was soon being abused. Instead of serving a sort of ‘heroic’ purpose as a cure-all, this newly-named drug – called heroin – became a newer and more accessible form of abuse for the masses.

The Heroin Act of 1924 sought to limit the access to heroin, which received a newfound enforcement in World War II and the Korean Conflict. While it did tamp it down somewhat, what really made the popularity and access to explode were two significant events.

The first came in the 1940s, when the New York mafia got into the heroin business. With easy access to poppy growers in Europe and a distribution system already in place in American metropolitan areas, it was a financial grab for the underworld.

The other occurred with the onset of the war in Vietnam. Southeast Asia was a fertile ground for poppy growth and heroin distribution. Soldiers returned home with addictions and/or the desire to continue use of the drug.

The Drug Enforcement Agency was established in 1973 by President Nixon to create a method of legally tackling all forms of drugs coming into the county. And even with the major growing fields moving from Southeast Asia to Mexico, then to Iran, Pakistan and Afghanistan – making it the newest source of heroin production.

And that’s how usage an innocent-sounding poppy plant discovered thousands of years ago evolved into a scourge that still affects modern society. This goes to show the force of addictive opioids are nothing new but require an extreme amount of effort to eradicate it. 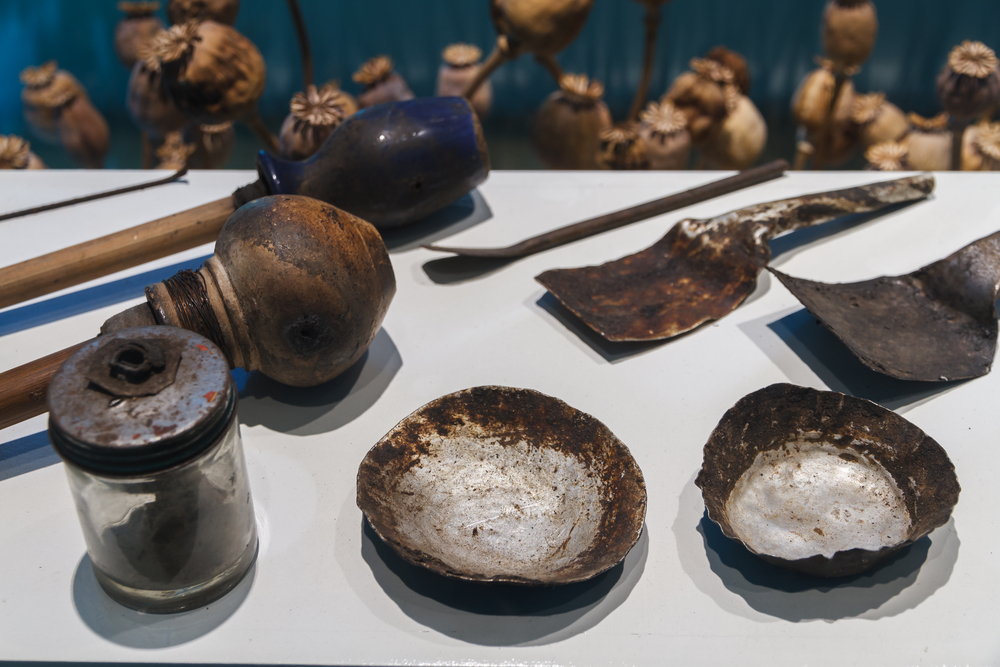